When you are strolling down the aisles of a sporting goods store or thumbing through the pages of a hunting catalog, the variety of different turkey calls can be intimidating.

Many new turkey hunters become overwhelmed with the task of learning turkey calls and turkey calling.

For new hunters, the most logical choice is the turkey call that is the least intimidating for you.

Start simple and become proficient with one type of call before you begin experimenting with the other types.

As you progress your turkey calling experience, learning to use several different turkey call types can give you the versatility to tantalize even the oldest gobblers. 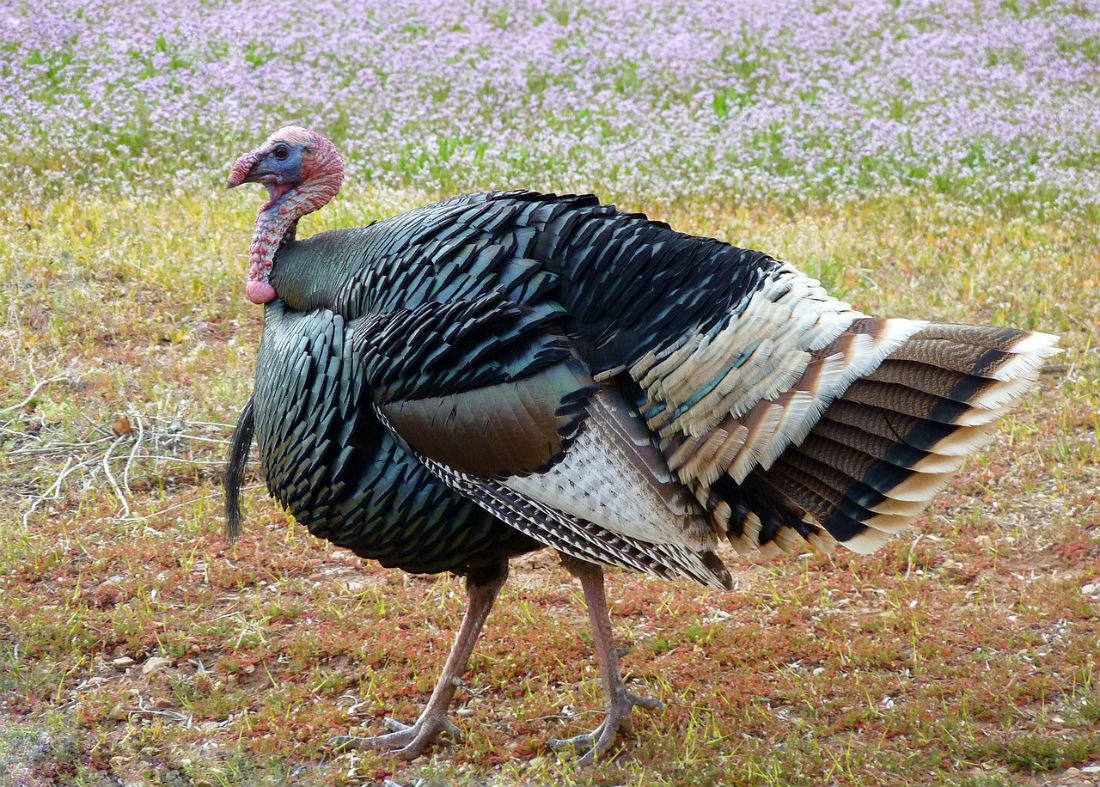 There are numerous turkey call types, with an almost endless variety of options available. We are going to discuss some of the most popular types, including locator calls.

Friction Calls Are Great For Beginners

Friction calls are among the easiest turkey calls to play, without sacrificing range or tonal quality.

Friction Calls, commonly referred to as slate calls or pot calls, are comprised of a pot with a friction surface and a striker for scratching across the friction surface.

Friction calls are produced from different materials, which produce various pitches and tones.

Friction surfaces are produced from slate, glass, aluminum, ceramic, and many other materials.

Each type of surface produces a unique sound and offers various degrees of durability.

Strikers are available in a variety of materials, such as wood, aluminum, carbon, etc.

For beginning turkey hunters, a friction call is a great starting point.

Friction calls are among the easiest turkey calls to play, without sacrificing range or tonal quality.

To play a friction call, hold the pot by the outside edge between your thumb and index finger.

Place the tip of the striker on the friction surface and make small “C” shaped movements to create the yelp.

Apply downward pressure and flick the striker tip to produce the cluck.

Diaphram Calls For Most Advanced

Diaphragm Calls are among the top calls used by seasoned turkey hunters.

Diaphragm calls are among the hardest to master and require a lot of practice, but diaphragms offer numerous advantages.

You can use them in any weather conditions and operate them with virtually zero noticeable movement.

Diaphragm calls consist of a latex reed held inside a metal frame covered with waterproof tape.

They are available in various combinations of latex thickness, numbers of reeds, and reed shapes.

To play a diaphragm, the call is positioned in your mouth with the reed facing your teeth.

You press the call with your tongue to the roof of your mouth. Huffing air over the reed causes it to vibrate and produce sound.

Box Calls Are Simple To Master

Box Calls are among the simplest to master. One of their greatest strengths is their sound range.

Box calls produce a wide range of turkey sounds, including cuts, clucks, yelps, and gobbles. Box calls consist of a rectangular box with a lid, or paddle.

The lid is loosely attached to the box with a screw and spring. The bottom of the paddle is coated with chalk to create a consistent vibration and sound.

Box calls are available in a large variety of woods. Each type of wood creates its own unique sound.

To play the box call, hold the box with one hand and lightly hold the paddle handle with the thumb and first two fingers of your other hand.

Dragging the lid across the box creates the yelp.

Positioning the lid on the edge of the box and giving a quick, short stroke while lifting the lid produces the cluck.

Pressing the lid over one slide of the box with one hand and tapping the lid with the other hand creates the cackle, or cut.

Although the box call offers several advantages, it does have limitations.

ts biggest limitation is the effect of wet weather. A box call depends on wood to wood friction.

If the wood gets wet, it will change the sound quality if it produces any friction at all.

The push-pin call is a great choice for beginner turkey callers.

They are often looked down upon by elitists, but they are easy to master and work well.

A push-pin call consists of a small box, a dowel with a friction surface, and a pillar for a striker.

The pillar is mounted in the bottom of the box. The dowel runs through the box from one end to the other. A rubber band or spring holds proper tension on the dowel.

The friction surface attached to the dowel drags against the top of the pillar to create friction that produces the sound.

The push-pin call is a great choice for beginner turkey callers. To operate a push-pin call, you simply press the end of the dowel and release it.

A slower stroke creates the yelp. A quick, short tap on the dowel produces the cluck.

Wingbone and Trumpet Calls are suction type calls. Wingbone calls are one of the oldest types of turkey calls.

They are made from the bones of a turkey wing.

Trumpets are the modern version of a wing bone call. Trumpets are created from alternative materials, such as wood, cane, bone, horn, acrylic, and other materials.

Wing bones and trumpets are among the hardest turkey calls to master.

Varying the amount of lip pressure and air suction changes the notes.

Tube Calls are a variation of the diaphragm call. Typically, tube calls are easier to master than a diaphragm.

They are available in various materials, like wood, acrylic, antler, etc.

Tube calls consist of a tubular call body with a piece of latex stretched over half of one end and secured with a rubber band or an o’ring.

To play a tube call, rest the call against your bottom lip and blow across the reed.

You may have to reposition the call to find the right spot to get the correct sounds. Tube calls produce a wide range of turkey sounds.

Use A Locator Call To Find Turkeys

Locator Calls are utilized to simply locate a turkey.

Many different sudden loud noises can shock a tom into gobbling. To get a tom to shock gobble without alerting him to your position, calls that produce natural sounds, such as crow calls, owls hooters, coyote howlers, etc., make effective locator calls.

Each type of call has a time and place to make it more effective. Owl hooters work best during pre-dawn or low light times.

Calling is a major portion of the adventure of turkey hunting.

As exciting as it is to talk to a gobbler, there is not a foolproof formula that works every time.

Experimentation and patience is the only formula that will keep you headed towards your goal.

The more experimentation and practice you put into it, the more you will hone your instincts and calling abilities.