With the blink of an eye, this year’s hunting will come to a close, but late-season duck hunting is often the best and most challenging hunting of the year.

The exhilaration of early duck season has arrived and left.

Many duck hunters are losing steam.

Most of the large migrations of ducks have already taken place, and the ducks still using the area have been educated to every decoy spread and every duck call.

This gives some hunters the feeling that late-season duck hunting is just a part of the season that has to be endured the epic journey.

Late Season Can Be Incredible

However, this belief is far from the truth.

In many cases, the last remaining weeks of duck season can offer some of the best hunts of the season.

It is true that many ducks have become “educated” to hunters, false-tongued calls, and fake decoy spreads.

They do not cooperate very easily and can drive you insane.

However, ducks are still slaves to hunger and romance.

They have to feed and mate to survive.

These needs create a vulnerability that hunters use to their advantage.

Hunters only need to adjust their strategies to target this challenging time.

Understanding wintertime duck behavior and adjusting your strategies accordingly can put you ahead of the game instead of finishing the season playing catch up.

It is no mystery that late-season duck hunting can be an exhausting and fruitless effort, but it can also be the most exciting and bountiful time of the season. 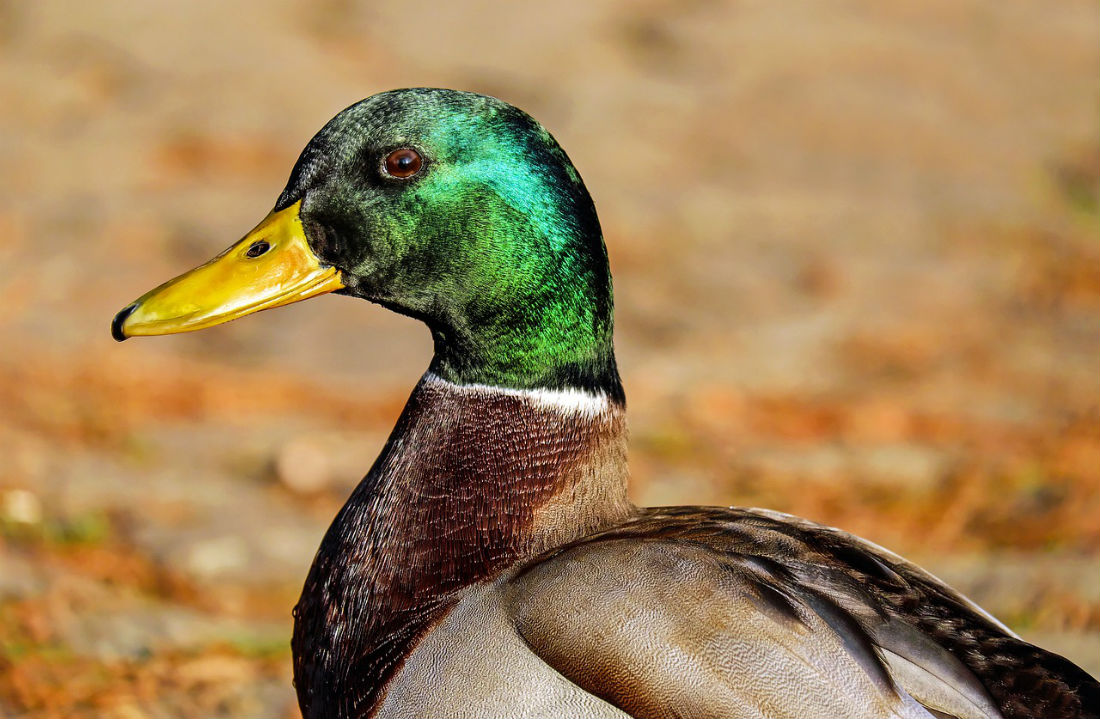 During late winter, the majority of puddle ducks alter their behavioral patterns in preparation for mating.

In early winter, most mallard ducks have pair-bonded for nesting in the spring.

By the time January arrives, their behavioral patterns are motivated to remain bonded, feed, and boost their energy reserves.

Instead, these pair-bonded fowl shift their focus onto scrub habitat and heavy cover to isolate themselves from others.

Such locations include swamps that offer willow, buttonbush, and similar dense vegetation.

Duck hunters who realize this shift occurs must make the decision to these heavy vegetation locations or to hunt the more sparsely covered areas.

You may not encounter as many ducks in the scrub habitat, but if you find the right heavy cover location, you can set yourself up for some fantastic shooting.

This does not mean that late-season duck hunters should avoid flooded fields.

By this time, there will still be a lot of ducks that have not paired up yet, and they will be feeding in large groups.

Typically, these late-season flocks will have more drakes and fewer hens, and these anxious single drakes will be looking for a mate and are often more accepting of decoys and calls.

When deciding where to hunt in the late season, it is oftentimes more productive to hunt flooded fields with more unpaired ducks.

Multiple callers can be especially effective at persuading the large groups to your decoys spread.

As I mentioned earlier, hunters should not continue thinking the late season is unproductive.

The late season just requires a different hunting approach, and if you can adjust your strategies, the hunting can be fantastic until the season closes.

This means adjusting your tactics to changing weather conditions and the difficulties of late winter.

Using your productive early season strategies will not be nearly as effective in the late season.

This time is when duck hunters should adjust their calling as well.

Large groups of ducks indicate a mass migration of “new” ducks down or back up the flyway, and this is the time to adjust your call frequency and volume to persuasively talk to the ducks.

Multiple callers can be especially effective at persuading the large groups to your decoys spread.

This aggressive calling is equally effective on small flocks and single ducks.

It is important to note that pair-bonded ducks do not readily focus on other ducks and are not extremely vocal.

In these heavy cover locations, it is more effective to lower your calling volume and focus more on single quacks and feeding chatter.

Like late season duck calling, your decoy spreads need to be adjusted to mirror live ducks in these particular habitats.

In heavy cover, your decoy spreads should be small and reflect drake and hen pairs scattered around with ample space separating the pairs.

Since ducks can be hesitant to land near other ducks or decoys, you should leave a sufficient landing area in front of your blind.

To add more realism, use decoys that are clean with bright paint schemes that match the drakes’ mating plumages.

A swimming decoy, a jerk string, kicking water, etc. are all means of agitating the water to create the motion of life.

Work On Your Concealment

Nothing will flare birds faster than a shining face in a duck blind.

It always amazes me to see hunters unconcerned about their concealment.

If I can see your face shining from your blind, I can assure you the ducks have already seen you as well.

During the late season, the ducks have seen everything from one end of the flyway to the other.

Nothing will flare birds faster than a shining face in a duck blind.

If a set-up looks suspicious, ducks will avoid it like the plague.

Yet, many duck hunters use insufficient blinds with gaping shooting holes and exposed boat slips.

A little time spent adding new brush to your blind is a worthwhile investment guaranteed to pay big dividends during the late season.

At the same time, duck hunters that are “freelancing” in flooded areas or swamps should take the time to construct an adequate temporary blind to provide full concealment from above.

If you take time to build a sufficient blind, you can avoid costly late-season strike-outs.

In most cases, the hottest shooting of the year happens with the arrival of “new” ducks.

This migration can occur when ice or snow pushes birds southward through the flyway or northward from warming trends in the south.

If you learn to decipher the weather conditions, you can fairly closely predict when a new batch of ducks will arrive in your area, and you can have tremendous days in the field.

For instance, mallards are resilient ducks, and they usually do not abandon an area until snow and ice drive them southward along the flyway.

However, a milder winter will allow these ducks to remain in mid-American states until the latter part of the season.

In some years, I have seen the winter weather remain warm enough to allow the ducks to stay in these mid-American states until their spring migration north, never having migrated to the southern states.

As January approaches, duck hunters need to stay focused on the weather and any forecasted changes.

A fierce winter snowstorm in the northern states and Canada can still push “new” ducks into the southern states.

After the ducks have migrated to their wintering grounds, substantial weather fluctuations at these locations can initiate major migrations north or south through the flyway.

However, thawing from a warming trend can quickly send the ducks backs to the northern reaches of the flyway.

These seesaw migrations are more common than hunters think.

This is one of the reasons late season duck hunting can be feast or famine from one moment to the next.

If freezing weather hits, ducks will leave the shallow easily frozen areas and relocate to nearby locations with open water.

Typically, the ducks will remain in these alternate locations for a few days.

If the freezing weather persists, they will migrate farther south in search of more favorable conditions.

When the weather warms and the water thaws, ducks will quickly migrate back to these familiar areas.

During a hard freeze, ducks have been known to cram into an open water area and use their combined body heat and water agitation to prevent the hole from freezing shut.

These hunters identify the available opportunity and take advantage of the bountiful days until the season closes.

The late-season success lets you rejoice in the satisfaction of victory rather than sighing with a relief of the end.