Duck Dynasty has changed the face of duck hunting. That is good and bad. A few months back, when asked what type of business I had a person squealed with delight. Literally squealed! And then called other people into her office to meet us.

I was taken by surprise because I have been making calls for so long and then I realized why she was so excited. She asked if All Terrain Outdoors was going to be the next Duck Dynasty. Whaaaaat? 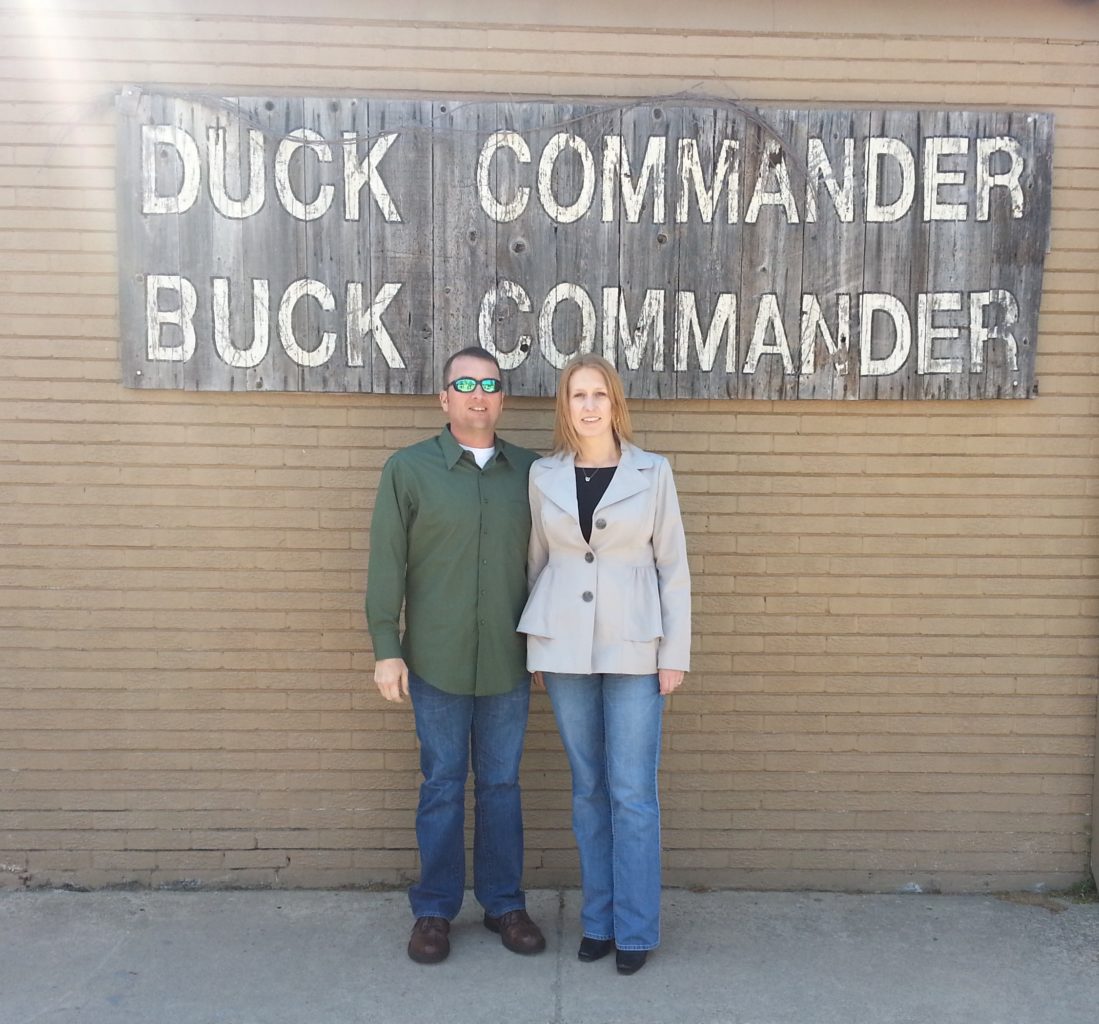 Brian and Michelle at Duck Commander in West Monroe in 2013

Don’t get me wrong, my household is full of Duck Dynasty fans. We love how a family-oriented television show (featuring a Christian family) is the number one television show in America. We hope that the show will generate a new era of wholesome television programs.

Just like the rest of the world we have Duck Dynasty books, videos, t-shirts, and bracelets.  However, Duck Dynasty is just a television show. Surely, people don’t think every duck hunter lives like that. Although it is not “scripted” the Robertson’s are given a scenario for each episode. The Robertson’s don’t even live like that, according to Phil.

Here Are Common Questions We Receive About Duck Dynasty:

Do you know the Robertson’s?

I have had a casual conversation or two with them years ago, but that is no big deal. Many call makers stick together and talk often. Michelle is from West Monroe and never heard of them before the television show (granted, she isn’t a hunter).

Can you make me a Duck Dynasty call?

No (and yes, I was asked to do that). That is copyright and/or patent infringement. Only those holding the proper license from Duck Commander can make or sell their calls.  Just like only All Terrain Outdoors, or those we license, can make or sell our hunting calls and gear.

Are you going to be the next Duck Dynasty?

The show has drawn a new crowd of people into hunting, especially into duck hunting and trying new duck calls.

The new crowds of hunters have a false sense of what duck hunting is all about and, in many cases, have unrealistic expectations. These new hunters may not have learned hunting etiquette and ethics, which can have repercussions for all hunters.

Duck hunting and duck calls are more than a passing fad, fashion statement, or television show. Duck hunting is a lifestyle built on tradition full of history, passion, fellowship, values, and a love of the outdoors. In addition, duck calls are an American art form arising from necessity, creativity, ingenuity, and talent.